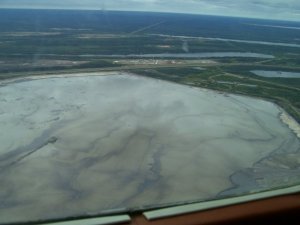 I have made use of our local community newspaper (Stouffville Sun-Tribune) to voice my opinion on a number of issues. From a guest editorial to letters to the editor (see this and this  as examples). And, when one of the columns writers threw out a challenge to  readers to share visions of all the positive changes that the Town should envision as we continue to grow at one of the highest rates in all of Canada (see this), I had to respond. The following is the text of that response:

Re your Off the Top column, More to the east, please.
I just want to challenge the implicit assumption in your column regarding input from citizens on future growth ideals. Your framing of the question, with only ‘positive’ attributes as examples of the consequences of growth, implies that growth is solely a positive force, something that always benefits us.
I would have to challenge that presumption. There is accumulating evidence that, in fact, growth is detrimental to the planet and society in general.
The ‘growth culture’ we have as an unstated assumption about how the world works is based on only a couple of centuries of quick sociopolitical and economic change on a global scale. More and more are arguing that this phenomenal growth has been due to the extraction and exploitation of cheap and easily-accessible fossil fuels. The rapid use of this resource has resulted in a number of consequences, some intended and some not. There have been amazing technological changes and healthcare ‘advances,’ but there has also been greater wealth disparity, environmental degradation, and violence on a global scale.
In any kind of discussion on growth, we need to not only be aware of these negative consequences (and these cannot be avoided, otherwise they would have been by now), but we also need to include them in our worldview and question the prevailing assumption that growth is good.
The late Donella Meadows, co-writer of a very respected study in 1972 entitled The Limits to Growth, wrote in a book on Complexity Theory, that humans often discount the negative aspects of growth, focusing instead in the immediate, short-term gains that can be made; and, that we often push growth in the wrong direction, making worse the social ‘issues’ we try to ‘fix’ through increased growth.

So, a question I’d like to pose to readers in this discussion is this: given the other side of the coin, do we really want the growth targets imposed by the ‘state?’ Or do we tell our leaders to stop now, while there is some ‘country’ left in the Town.

Plundering the planet: a report to the Club of Rome

Plundering the planet: a report to the Club of Rome. (FULL ARTICLE)

This is a text version of a talk I gave at the World Resource forum in Davos on Oct 07, 2013. For a more detailed description of the same subject, see this post on an earlier talk in Dresden.
Ladies and gentlemen, it is a pleasure to be here and my task today is to tell you about something that stands at the basis of everything we do: mineral resources. It it is the subject of a book that is the result of a research program sponsored by the Club of Rome and that has involved me and 16 co-authors. Here is the cover of  “the Plundered Planet.”
For the time being we have only the German version, we are working at the English one, but that will take some time – a few months. In any case, the title should be clear to you even if you don’t speak German and you can notice that we say “The Plundered Planet;” not “The Improved Planet”, or “The Developed Planet”. No, this is the concept: plundering. We have been acting with mineral resources as if we were pirates looting a captured galleon: grabbing everything we can, as fast as we can….