The Group of Thirty, a preeminent think tank that brings together dozens of the world’s most influential policy makers, central bankers, financiers and academics, has been the focus of two recent reports for Occupy.com’s Global Power Project. In studying this group, I compiled CVs of the G30’s current and senior members: a total of 34 individuals. The first report looked at the origins of the G30, while the second examined some of the current projects and reports emanating from the group. In this installment, I take a look at some specific members of the G30 and their roles in justifying and implementing austerity measures.

For the current members of the Group of Thirty who are sitting or recently-sitting central bankers, their roles in the financial and economic turmoil of recent years is well-known and, most especially, their role in bailing out banks, providing long-term subsidies and support mechanisms for financial markets, and forcing governments to implement austerity and “structural reform” policies, notably in the European Union. With both the former European Central Bank (ECB) President Jean-Claude Trichet and current ECB President Mario Draghi serving as members of the G30, austerity measures have become a clearly favored policy of the G30.

In a January 2010 interview with the Wall Street Journal, Jean-Claude Trichet explained that he had been “involved personally in numerous financial crises since the beginning of the 1980s,” in Latin America, Africa, the Middle East and Soviet Union, having been previously the president of the Paris Club – an “informal” grouping that handles debt crisis and restructuring issues on behalf the world’s major creditor nations. In this capacity, Trichet “had to deal with around 55 countries that were in bankruptcy.”

In July of 2010, Trichet wrote in the Financial Times that “now is the time to restore fiscal sustainability,” noting that “consolidation is a must,” which is a different way of saying austerity. In each of E.U. government bailouts – of which the ECB acted as one of the three central institutions responsible for negotiating and providing the deal, alongside the European Commission and the IMF, forming the so-called Troika – austerity measures were always a required ingredient, which subsequently plunged those countries into even deeper economic, social and political crises (Spain and Greece come to mind).

The same was true under the subsequent ECB president and G30 member, Draghi, who has continued to demand austerity measures, structural reforms (notably in dismantling the protections for labor), and extended support to the banking system, even to a greater degree than his predecessor. In a February 2012 interview with the Wall Street Journal, Draghi stated that “the European social model has already gone,” noting that countries of the Eurozone would have “to make labour markets more flexible.” He meant, of course, that they must have worker protections and benefits dismantled to make them more “flexible” to the demands of corporate and financial interests who can more easily and cheaply exploit that labor.

In a 2012 interview with Der Spiegel, Draghi noted that European governments will have to “transfer part of their sovereignty to the European level” and recommended that the European Commission be given the supranational authority to have a direct say in the budgets of E.U. nations, adding that “a lot of governments have yet to realize that they lost their national sovereignty a long time ago.” He further explained, incredibly, that since those governments let their debts pile up they must now rely on “the goodwill of the financial markets.”

Another notable member of the Group of Thirty who has been a powerful figure among the world’s oligarchs of austerity is Jaime Caruana, the General Manager of the Bank for International Settlements (BIS), which serves as the bank for the central banks of the world. Caruana was previously Governor of the Bank of Spain, from 2000 to 2006, during which time Spain experienced its massive housing bubble that led directly to the country’s debt crisis amid the global recession. In 2006, a team of inspectors within the Bank of Spain sent a letter to the Spanish government criticizing then-Governor Caruana for his “passive attitude” toward the massive bubble he was helping to facilitate.

As head of the BIS, Caruana delivered a speech in June of 2011 to the assembled central bankers at an annual general meeting in Basel, Switzerland, in which he gave his full endorsement of the austerity agenda across Europe, noting that “the need for fiscal consolidation [austerity] is even more urgent” than during the previous year. He added, “There is no easy way out, no shortcut, no painless solution – that is, no alternative to the rigorous implementation of comprehensive country packages including strict fiscal consolidation and structural reforms.”

At the 2013 annual general meeting of the BIS, Caruana again warned that attempts by governments “at fiscal consolidation need to be more ambitious,” and warned that if financial markets view a government’s debt as unsustainable, “bond investors can and do punish governments hard and fast.” If governments continue to delay austerity, he said, the markets will have to use “market discipline” to force governments to act, “and then the pain will be large indeed.” In further recommending “structural reforms” to labor and service markets,Caruana noted that “the reforms are critical to attaining and preserving confidence,” by which, of course, he meant the confidence of markets.

The ‘Academic’ of Austerity: Kenneth Rogoff

Kenneth Rogoff is an influential academic economist and a member of the Group of Thirty. Rogoff currently hold a position as professor at Harvard University and as a member of the Council on Foreign Relations. He sits on the Economic Advisory Panel to the Federal Reserve Bank of New York, and previously Rogoff spent time as the chief economist of the IMF as well serving as an adviser to the executive board of the Central Bank of Sweden. Rogoff is these days most famous – or infamous – for co-authoring (with Carmen Reinhart) a study published in 2010 that made the case for austerity measures to become the favored policy of nations around the world.

The study, entitled, “Growth in a Time of Debt,” appeared in the American Economic Review in 2010 to great acclaim within high-level circles. One of the main conclusions of the paper held that when a country’s debt-to-GDP ratio hits 90%, “they reach a tipping point after which they’ll start experiencing serious growth slowdowns.” The paper was cited by the U.S. Congress as well as by Olli Rehn, the European Commissioner for Economic and Monetary Affairs and one of Europe’s stalwart defenders of austerity, who has demanded themeasures be instituted on multiple countries in the E.U. in return for bailout funds.

A Google Scholar search for the terms “Growth in a Time of Debt” and “Rogoff” turned up approximately 828 results. In 2013, Forbesreferred to the paper as “perhaps the most quoted but least read economic publication of recent years.” The paper was also cited in dozens of media outlets around the world, multiple times, especially by influential players in the financial press.

In 2012, Gideon Rachman, writing in the Financial Times, said Rogoff was “much in demand to advise world leaders on how to counter the financial crisis,” and noted that while the economist had been attending the World Economic Forum meetings for a decade, he had become “more in demand than ever” after having “written the definitive history of financial crises over the centuries” alongside Carmen Reinhart. Rogoff was consulted by Barack Obama, “and is known to have spent many hours with George Osborne, Britain’s chancellor,” wrote Rachman, noting that Rogoff advised government’s “to get serious about cutting their deficits, [which] strongly influenced the British government’s decision to make controlling spending its priority.”

The praise became all the more noteworthy in April of 2013 when researchers at the University of Massachusetts, Amherst, published a paper accusing Rogoff and Reinhart of “sloppy statistical analysis” while documenting several key mistakes that undermined the conclusions of the original 2010 paper. The report from Amherst exploded across global media, immediately forcing Rogoff and Reinhart on the defensive. The New Yorker noted that “the attack from Amherst has done enormous damage to Reinhart and Rogoff’s credibility, and to the intellectual underpinnings of the austerity policies with which they are associated.”

As New York Times columnist and fellow G30 member Paul Krugman noted, the original 2010 paper by Reinhart and Rogoff “may have had more immediate influence on public debate than any previous paper in the history of economics.” After the Amherst paper, he added, “The revelation that the supposed 90 percent threshold was an artifact of programming mistakes, data omissions, and peculiar statistical techniques suddenly made a remarkable number of prominent people look foolish.” Krugman, who had firmly opposed austerity policies long before Rogoff’s paper, suggested that “the case for austerity was and is one that many powerful people want to believe, leading them to seize on anything that looks like a justification.”

Indeed, many of those “powerful people” happen to be members of the Group of Thirty who are, with the notable exception of Krugman, largely in favor of austerity measures. Krugman himself tends to represent the limits of acceptable dissent within the G30, criticizing policies and policy makers while accepting the fundamental concepts of the global financial and economic system. He commented that he had been a member of the G30 since 1988 and referred to it as a “talk shop” where he gets “a chance to hear what people like Trichet and Draghi have to say in an informal setting,” adding, “while I’ve heard some smart things from people with a role in real-world decisions, I’ve also heard a lot of very foolish things said by alleged wise men.”

Andrew Gavin Marshall is a 26-year old researcher and writer based in Montreal, Canada. He is Project Manager of The People’s Book Project, chair of the Geopolitics Division of The Hampton Institute, research director for Occupy.com’s Global Power Project and World of Resistance (WOR) Report, and hosts a weekly podcast show with BoilingFrogsPost. 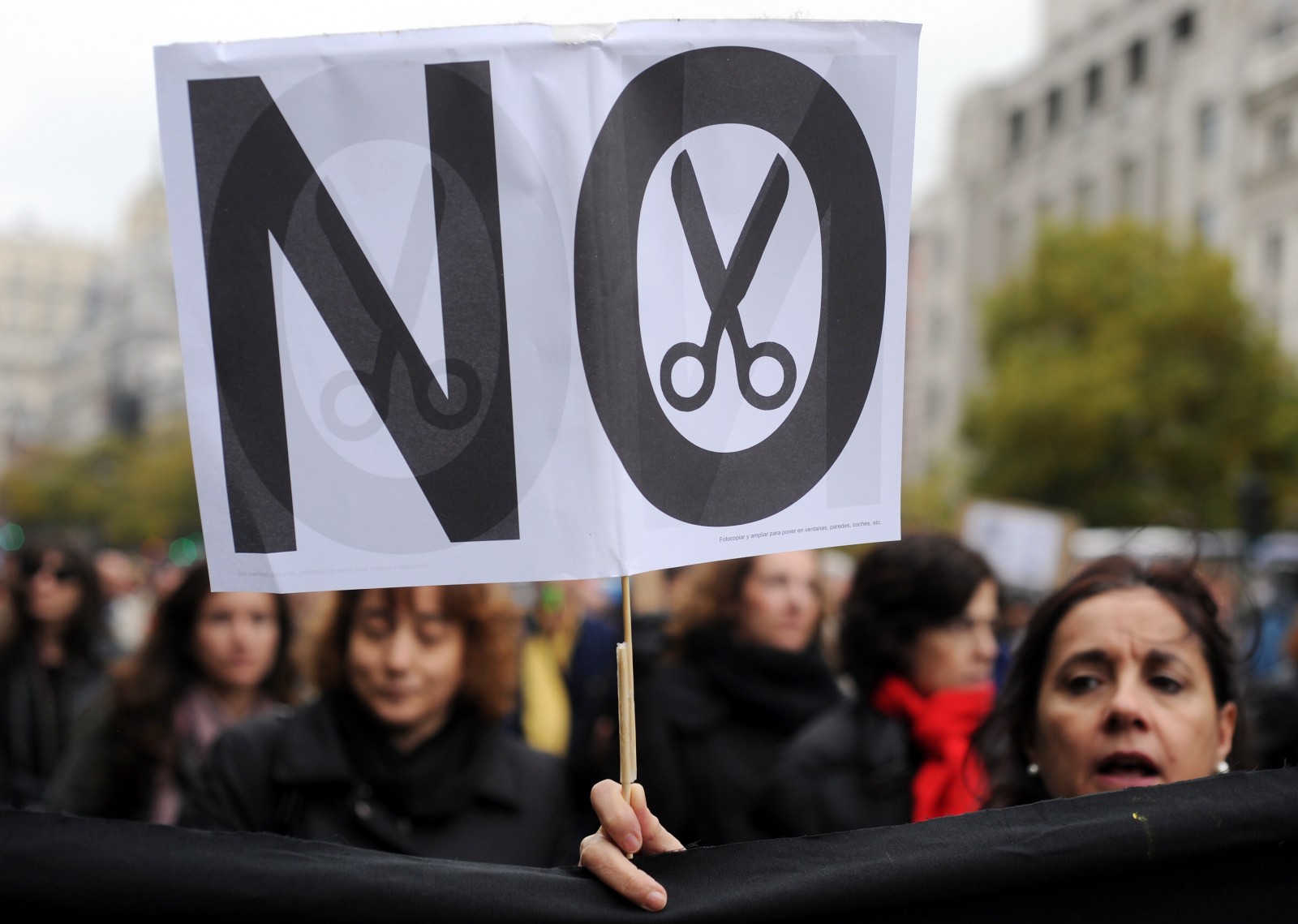 By https://olduvai.ca in Economic on December 12, 2013.
← Who Makes The Most Money? And How They Do It | Zero Hedge Ukraine leader wants to sign EU deal after mass protests – World – CBC News →